During my year in Denmark I got the great oportunity to work with LEGO robots. I really love them since I was a child but I never had any chance before to play around programming them. This two robots were my first try into this funny world. I started making a simple one able to go to a light source using just one light sensor. It also could skip simple objects while colliding them. The second one uses two sensors and can follow a light source in movement in a faster and better way than the first one.

I can’t go very deep into details of implementation because It’s seems I’ve lost my sources from these robots and the fighter somewhere.

As soon as I’ll get them back I’ll update the pages and they’ll be available to download. Anyway I’m going to explain the basic idea behind their “intelligent”.

skipping and looking for light

The logic of the first one is quite simple: It starts turning to find the maximum value of light, and go forward till reachs it. If it founds some obstacles in its way it tries to skip them and after searches again for the source of light. 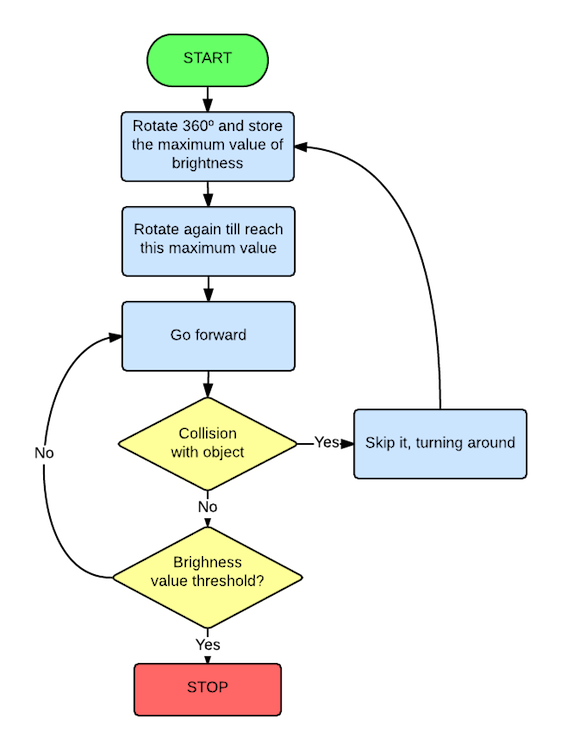 This version of the robot features two light sensors and a more optimized logic that allow it to follow the light source faster and in a fancy way.

It goes comparing both values of light to determines the direction to the light. And if we’re not going in this way, just turn to find it.

Both robots in action: